An Interview with a Legend 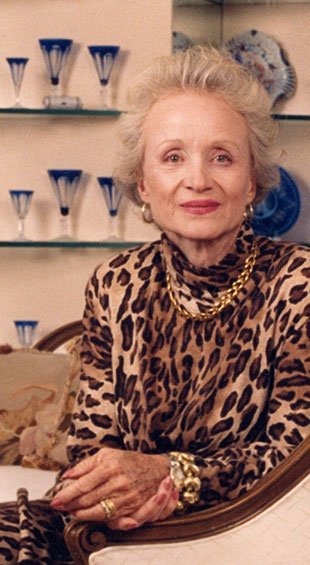 Great stories are a lot like great wine. The more time you spend with them, the more interesting and compelling they become. Such was the case in our recent conversation with our founder, Damaris Deere Ford, as she recounted the history of Landmark Vineyards.

She explained that she named the winery after a family home on the shores of Bermuda. The house had earned the nickname “Landmark” in the 17th century, when it was often the first structure seen by sailors crossing the Atlantic from Europe. Nearly 400 years later, Landmark Vineyards has become a beacon for wine lovers who make the journey to Sonoma. And according to Ford, launching Landmark was her life’s most exhilarating adventure.

As a young businesswoman, Ford was taken with the wine industry. Harboring a love for Chardonnay, she decided to start a winery in Sonoma County, where her favorite grape was known to flourish. She and a group of investors founded Landmark in 1974, along with her two sisters, in keeping with the Deere and Ford traditions of family businesses. “If you can’t do business with family, you can’t do business at all,” she said, recounting a Deere family motto.

Ford recalls those early days very fondly, when Sonoma was just a sleepy farm town with incredible views of the Mayacamas Mountains. “Just a really delightful, peaceful place,” she explained. Only a few winemakers were beginning to grow grapes, and there was a special camaraderie among them. It was perfect terroir for an ambitious woman with a love for wine and a passion for business.

Despite the fact that she was one of the first female winery owners in the country, Ford didn’t see it as something that defined her. “I didn’t really pay much attention to that,” she explained. Her sole focus was great Chardonnay.

And so Landmark flourished along with Sonoma, where the population in parts of the county grew tenfold in just a few years.

Today, the Ford family’s agricultural legacy is kept alive and thriving through Landmark’s beautiful, fruitful vineyards. And Mrs. Ford remains our inspiration and fiercest advocate. “If you order Landmark, and it’s not poured at the restaurant, order water,” she says. Sound advice from an incredible woman.